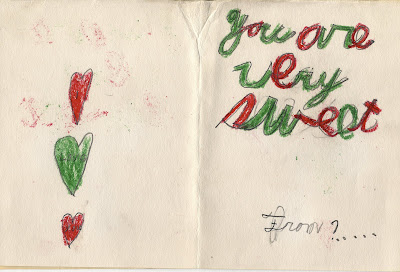 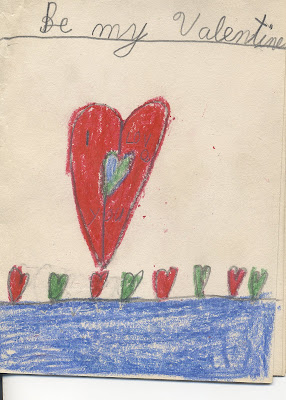 I admit it. I was always a daddy's girl. Don't get me wrong. I was very close to my mom, too. I was lucky. I had two loving, involved parents. Still, my dad and I were tight. When my parents split, I couldn't bear to see him alone, so I left our cushy family home and slept on the lumpy couch of his rental house. I sought his approval and was always thrilled to see him in the audience of a school play or the sidelines of a little league game.

My dad always bought sentimental Valentine's Day cards for my mom, sister and me. The serious, mushy kind. I remember one year his girlfriend bought funny cards for them both to sign. I eventually worked up the nerve to tell him I missed the old ones. He smiled and said he liked those better too, and went back to them after that.

I could always count on my dad to be my biggest fan. He encouraged my love of cooking, eating anything I made. No matter how it turned out, he always claimed it was the best he had ever tasted. Over the years, I sang in a few bands. My dad saw me perform with all but one of them, often driving for hours to catch a show. Once I began writing music seriously, he would listen carefully to every demo. Without fail, he would predict, "Now, THAT'S a hit!"

It was a good life, knowing my dad would always support my dreams, celebrate my successes, and be my safe harbor no matter what.

You know what happens next, though. One night, a few hours after calling just to say hi, he died. No warning. No chance to say goodbye. After a full day's work, he simply went home, got into bed and died.

That was ten years ago, almost to the day. I'm not going to tell you there's no more sadness. There will always be tears to fight back when I see father-daughter Valentine's Day cards. I still catch myself wondering what he would have thought of something I'm doing, but I try and honor him in ways he would have liked. I celebrate his memory with my husband and children, whom he loved deeply. I pass down the lessons he taught me.

My mother died ten years before him. After months of tearful calls from me, he told me something I'll never forget. He said his own mother had shared these words after his beloved grandmother died. She explained he was still Grandma's special boy, but told him, "Life is for the living."

Life is for the living? This stopped me cold. Why, after a lifetime of constant encouragement and love, would he say something so heartless to me? I didn't understand at the time. It was too soon, perhaps, to accept the gift. He was right, of course. What sounded void of that encouragement and love I'd come to expect was actually full of both. He was putting me back on track. Later I thanked him and we had a beautiful talk about losing our mothers. I was struck at both the depth of his years-old grief as well as his ability to live fully in spite of it.

While going through his things, I found a Valentine he made for his mother when he was five. It was serious and mushy. She saved it, he saved it, and now I save it. Like the Valentine, her lessons are still in the family.

Life is for the living, I am still Daddy's girl, and Valentines should be mushy.