It's as simple as this- if you're thinking about doing something to celebrate someone's life, it's probably a good idea.

A common fear among most people after a death is that the person they loved will be forgotten.  By paying tribute in some way,  you're reassuring them this isn't true, and that matters!
Posted by Alicia King at 5:28 PM 1 comment:

Keeping the Faith Vs. Accepting Reality 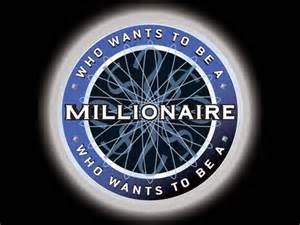 I always tell my kids, "Trust your gut."  When it makes sense, and when it doesn't.  When it's easy, and when it's not.  If you feel threatened, unsafe, pushed in one direction, suspicious of someone/something, or convinced of something, even when current conditions indicate otherwise- trust your gut.

I find myself repeating this mantra to myself these days.

I applied to be a workshop presenter for a 2014 program.  It's being held in a place I've dreamed of visiting for years.  Those who were approved were to receive contracts last month, and those who did not got rejection letters.  I received neither.

Here's the gut check- I have been convinced I would be booked by this program from the start.  Don't confuse this with me feeling I should be booked, or was somehow better than anyone else who submitted proposals.  I simply felt it was to be.

This gut feeling is now at odds with reality, since we are past the approval date.  By a couple weeks.  You see, I still feel this assurance that I will be participating.  It's a visual thing, reminiscent of a game show I played years ago.  I can see myself there.  No, seriously.

I auditioned for Who Wants to be a Millionaire in 2001.  From the start, I inexplicably knew I would be on the show.  I lined up with hundreds of strangers the night before they held auditions in Nashville.  I made it through the initial stages, then was told we would hear soon if we were chosen to appear on an upcoming show.  Soon after this, however, Regis left the show and the set went dark.  A year went by before I got "the call" in 2002.  I ended up playing the game, just as I had felt I would.

So, how long do I check the mail with urgency?  At what point do I accept that they're "just not that into me", and try again next year?  Maybe my intuition was a year off?  I just don't get it.  When my radar hits this strongly, it's never been wrong.  Is it an age thing?  Is my mojo weakening?

I maintain it's a good rule to trust your gut.  I won't temper this directive to my kids simply because of this hiccup.  I still believe we are better off when we stay sensitive to these directions and warnings, and I remain hopeful (and possibly unrealistic). 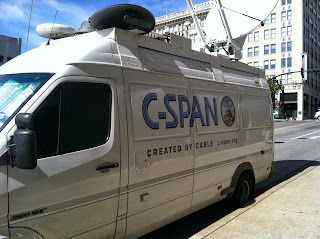 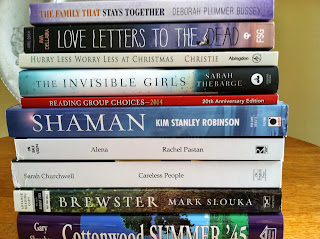 I just left the Southern Festival of Books in Nashville, TN.  Wow, what a line-up!  C-SPAN doesn't shoot just any old event, people.  They were all over this one, though, and it's no mystery why.  Host Humanities Tennessee lined up the big names for this, their 25th anniversary.

Every year I look up the three-day schedule and start scoping out which panels, events and signings I want to hit.  There's always overlap, thus conflict, so I have to choose between missing out or being "that person" who tries to slink out of the room halfway through to try and double up.  However, today it all lined up magically, so I was able to navigate the day pretty smoothly.

I always end up meeting the nicest people at the festival.  Today was no different.  At Katy Butler's (fascinating) talk, I met Karen from South Dakota.  Karen has been coming every year since 2002.  She has friends from all over the country she's met here who also make the pilgrimage and has, "the time of my life for 2 1/2 days every year in Nashville."

There's something for everyone, and it's FREE!

Also free were the books I was given.  Advance copies distributed for review.  Check out the picture and take a look.  See anything you like?  Well, if you have liked my facebook for HEALING and follow me on twitter (@thegrieflady), take your pick and I'll have it in the mail to you this week.  My way of spreading the book love and saying thank you.

P.S.  Re: the recent post about whether or not to apply to present a workshop at the spiritual community?  Well, I submitted my proposal, and should hear this week.  Stay tuned......
Posted by Alicia King at 12:59 PM 3 comments: 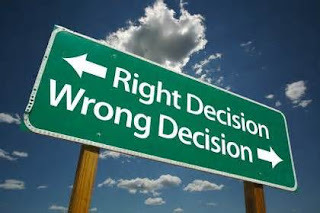 Are you ever faced with a decision with no obvious choice?  One that propels you into a vortex of self-doubt?  A roller coaster of second-guessing?  In other words, are you human?

I have been speaking to various groups about grief for awhile now.  I feel it's where I belong.  I have met some of the most remarkable survivors at these events, and always learn more than I teach.  The topics are fairly consistent- healing, hope, how to help those who are grieving, what helps/what hurts, etc.

Well, here comes the fork in the road.  There's an opportunity to present a grief workshop at a spiritualist community next year.  They feature psychic mediums, holistic healing, meditation, etc. Applications need to be submitted soon, though, thus my decision.  I have heard from many, many families about the comfort they have felt through these events. While I have long been drawn to this type of thing, I realize there are those who object.  Strongly.  I happen to be a Christian who believes psychics pose no threat to my faith.  I feel the source of all love is God, therefore the comfort that comes from a healing reading is from Him.  This is why I have been working on my application for a workshop.

The grief community is somewhat small, and I recently received a cautionary email from another grief support worker warning me about possible consequences of participating in the aforementioned community's activities.  The danger, in a nutshell?  Diminished credibility.

My knee-jerk reaction is, "That's ridiculous!  I don't care what anyone else thinks!  (cue toddler voice) I do what I want!"

Then I step back and think, and re-think, and over-think-


Am I facing my own Dixie Chicks moment?!

I appreciate the good intentions of the woman who warned me about the potential fall-out from aligning myself with this type of activity.  I also feel the benefits of reaching out to attendees there and offering words of hope and paths to healing outweigh any potential damage to my reputation, such as it is.

I would be very interested in what you have to say about this.  Please comment freely, anonymously if necessary, and tell me what you think.

Hugs For the Holidays

My first attempt at vlogging, because you don't say no to Mama Mary:)  This is part of Hugs For the Holidays, aimed at providing support for anyone grieving their way through this very festive time of year.  It can be so hard, and I love that Mary and Jessica from Four Plus an Angel created this opportunity for us to reach out and "hug" each other this way.

This, dear readers, is why HEALING exists.  This is why I speak and write about grief.  We will all lose someone, we all deserve compassion, and we all need each other.

The best way to never get good at something is to push it away and not think, read or talk about it.  It's awkward to go to someone after a death.  I get it!  Worse, though, is watching their pain and never acknowledging their loss.  Grief is one of those situations where you will either make it worse or make it better.  It's that simple.

This brings me to a recent book signing.  (I got to sit beside one of my favorite writers, Myra McLarey, pictured below.) There were about fifteen authors, and we were seated behind tables as people came and discussed our work.  That's my favorite part- meeting new people and hearing their stories.

A woman who manages a large department of a local healthcare company bought a few copies and we spoke a bit about ways to help within the workplace.  Just a week later she contacted me to tell me a co-worker (and good friend) committed suicide. She told me the book had been very helpful.  We remarked on the timing and we talked awhile about this special man who was deeply missed.

Until we find a way to prevent death, let's work on being better at supporting those around us as they grieve.  Learn how to help, what most people find comforting, and what never to say. 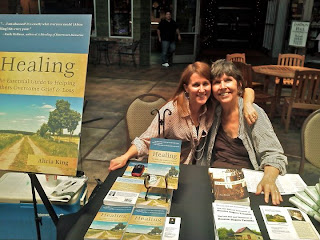 We can do it together.